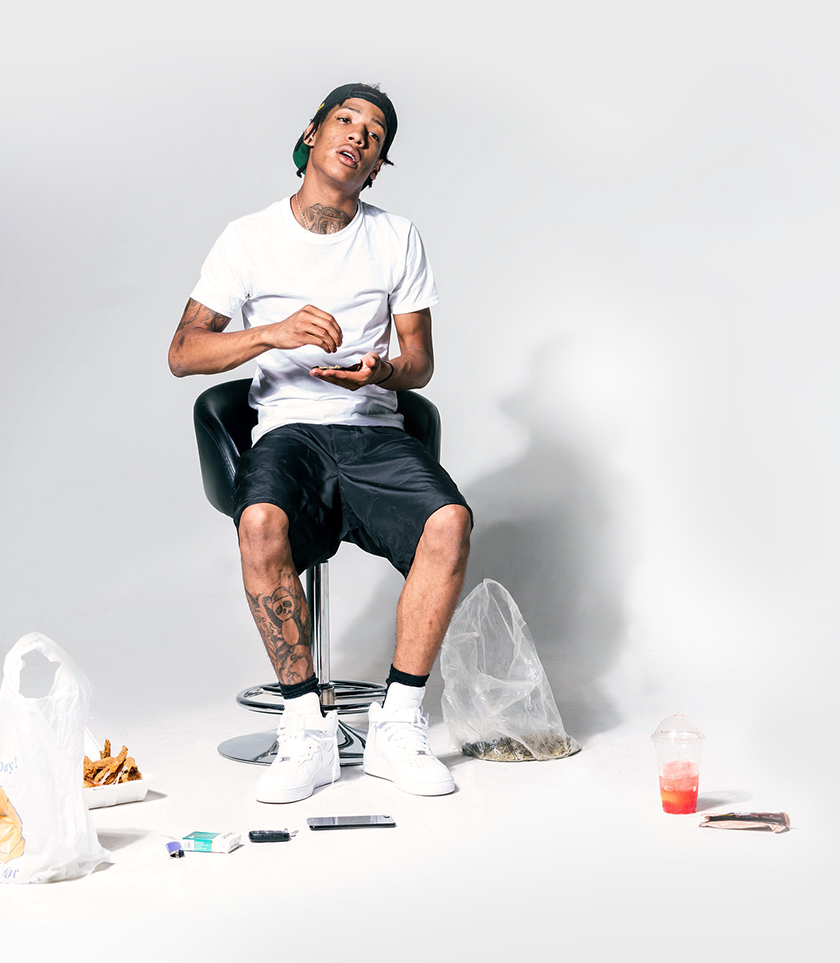 Strong-willed, gritty and wise beyond his years. These are just a few words that come to mind when describing rising rap artist, Lil James. Born in Detroit, Michigan, Lil James found himself in and out of the foster care system, living in more than 12 homes. Being raised in a city that either breaks you down or builds you up, Lil James focused on his future and never fell victim to his environment or reality.

One of his earliest memories of music was entertaining the neighborhood by freestyling on the block at age three. Music was always important to Lil James as he used this to cope with his personal issues. At 10 years old, he moved to Atlanta, GA with family. Widely inspired by Lil Wayne and the Hot Boyz, Lil James started to take his passion for music seriously, and began developing his own sound. His home acted as his own studio and he started networking online with local producers and artists.

One day, Lil James visited DJ Drama’s Means Street Studios, to work with his childhood friend and popular rap artist, Kap G. The engineer in the session heard one twelve bar freestyle he laid out and told him he would be a star. That engineer would later become his manager, Royce Monroe. Royce quickly got the ball rolling with Lil James and linked him to Super-Producer Don Cannon, Squat, 30 Rock and London On Da Track. Cannon and Drama assisted with cultivating Lil James unique sound, over the next year.

The pain in his voice, the wisdom in his delivery, the tragedies and triumphs of his life and his perspective on it all, led him to landing a major recording deal with Drama’s growing label of undeniable talent, Generation Now. Now, Lil James is gearing up for his debut project, 21 Years Later. R&B Star Jacquees and i am OTHER/Atlantic Star Kap G both have lent their vocals to the anticipated project, set for a summer release. Listeners will be able to delve in to his life as Lil James delivers a testament to the man he was and to the man he is becoming, over hard-hitting trap beats and a melodic delivery.